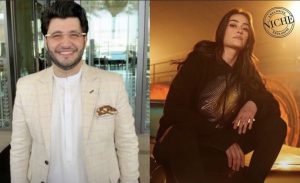 Only a few days ago, Mahira Khan was announced as the brand ambassador for the team which left everyone slightly puzzled because Javed Afridi had previously been hinting on Esra Bilgic as the brand ambassador of Peshawar Zalmi which left Erugrul fans waiting in anticipation. Javed Afridi’s announcement of Esra joining team PZ has left fans overjoyed.

Here’s how Pakistanis are reacting to the news of Esra Bilgic becoming the brand ambassador for Peshawar Zalmi:

@JAfridi10 Can we get Peshawar zalmi shirts (merchandise) signed by @esbilgic ????? @Ayesha_aayy@adanaliramo_s@Beenishmuffin please support this so we can get these signatured merchandise 😁 pic.twitter.com/c7sTFNHPrm

The cricket fever is high as PSL is back and fans are looking forward to the opening ceremony that will take place in Istanbul, Turkey for the first time. The preparations have been in full swing and we look forward to a great, fun-filled ceremony.

Are you excited to see Esra as the brand ambassador for Peshawar Zalmi? Let us know by dropping a comment on our Instagram page!