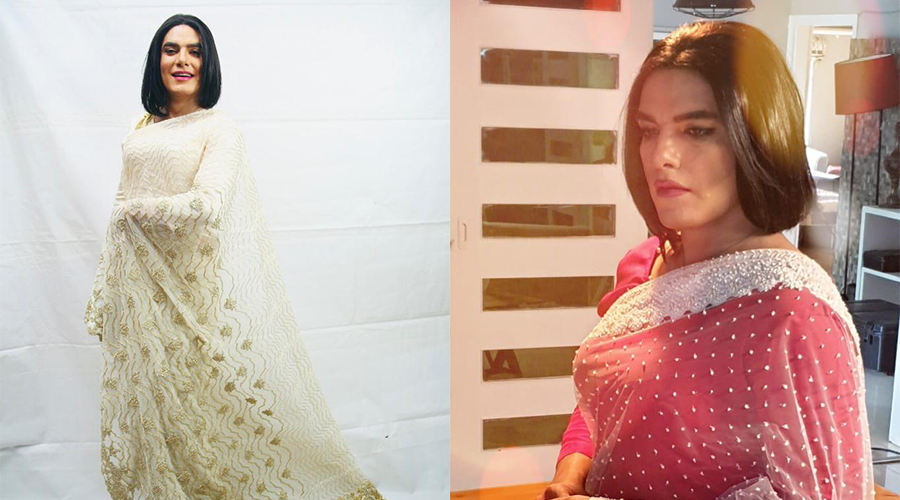 Directed and produced by Abis Raza and Fahad Mustafa, upcoming telefilm ‘Help Me Durdana’ will be releasing this Eid. With a notable cast like Ushna Shah, Yasir Hussain and Mehmood Aslam onboard, the telefilm has created frenzy amongst fans. The catchy title of the Eid project has been borrowed from Humayun Saeed’s super-hit film ‘Punjab Nahi Jaungi’.

It is known that Yasir Hussain will be palying a fun female character in the telefilm. The Baaghi actor shared a sneak-peak of his character from the sets of the upcoming  project on his Instagram adding to the curiosity of the fans.

Yasir Hussain will be seen starring opposite Ushna Shah in the telefilm. This will be the first time the two will be seen together on-screen!

All You Need To Know About Iqra Aziz’s Jhooti!

Upcoming Pakistani Movies To Keep An Eye Out For!

Iqra Aziz Drops a Major Hint about her Relationship Status