Umera Ahmed in defense of ‘Dhoop ki Deewar’: The script is approved and supported by ISPR

Renowned Pakistani author and screenwriter Umera Ahmed published a post responding to all the criticism that has recently been raised by audiences after the release of the trailer of her upcoming production ‘Dhoop ki deewar’.

The content of the drama series has been aptly captured in Umera’s words:

“No matter who wins the war, both nations face the loss.
When everything falls apart, what will they choose: Hate or Heart?”

However, after release of the trailer, social media users criticized Umera for factors such as talk about the series having been written for Indian channel Zee5  and promoting a Hindu-Muslim love story. Moreover, people were quick to accuse Umera for being anti-Pakistani among other things, without even watching the whole series.

However, it seems as though the seasoned writer was prepared for the backlash as like a pro, in no time, she took to her official Instagram account releasing a detailed statement responding to all the condemnation.

Arranging her post in 10 detailed pointers, one by one Umera addressed all the criticisms being directed her way. Some of her pointers have been summarized below.

1. Dhoop Ki Deewar had not been written for Indian TV channel Zee5

Ahmed started off by clarifying that she had not written Dhoop Ki Deewar specifically for Zee5. She shared that back in 2018, she had had written Dhoop Ki Deewar along with 3 other series after signing a deal with the Pakistani content company Group M.  Later, it had been Group M’s decision to sell Dhoop Ki Deewar to an international platform, which had only generated revenue for Pakistan, and so should not be a point of contention.

2. The concept of Dhoop Ki Deewar has been evaluated, approved and supported by ISPR

She explained that in 2019, when she started working on the concept, she had a meeting with ISPR where they reassured her that their take on the Pakistan-India relationship was the same, and that they too wanted both countries, India and Pakistan to hold peace talks and put an end to the regular standoff that takes place on the Line of Control and causes unnecessary loss of armed soldiers and civilians alike.

3. She has received zero money from India for writing Dhoop Ki Deewar

The only the money the writer received was from Group M, who later sold the production to an Indian TV channel.

4. She emphasized that the story cannot be simplified as being a Hindu- Muslim love story alone

5. There is nothing wrong in being a supporter and promoter of ‘Aman ki Aasha’

Many of Umera’s supporters commented reassuring her that she does not need to take the pains to clarify herself to people who are in any case desperate to seek out faults in anything and everything. What are your thoughts on the subject and the upcoming production? Let us know in the comments below! 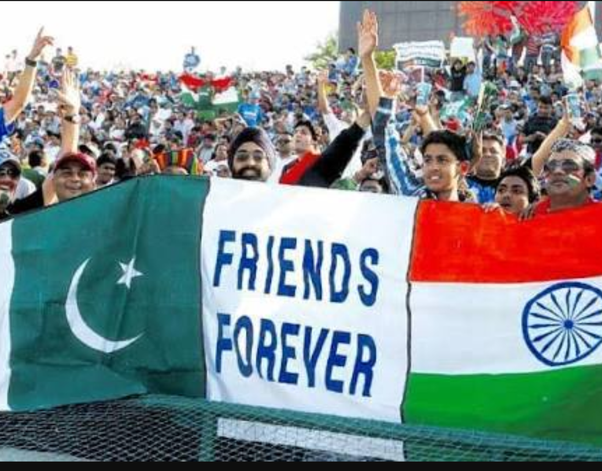