Twitter cannot get over how beautiful Naimal Khawar is! 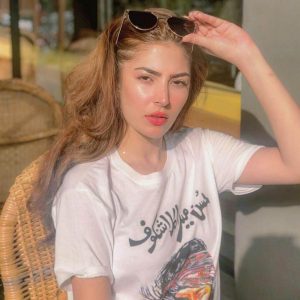 Naimal Khawar is finally back in Pakistan, 4 months after the birth of her son Mustafa Abbasi. The Verna actress is currently busy with the ceremonial celebrations of her younger sister – Fiza Khawar’s wedding. The photographs of the actress quickly took over social media and since then Twitter cannot help but drool over the beauty.

Here’s what people are saying:

The comments come as a reaction to the viral photographs of Naimal at her sister’s wedding. Particularly after the Mayoun photographs in which the actress was seen clad in a Mustard gold Saree, supporting statement red lips and an au-natural make up look paired with a sleek hairdo and traditional gold choker.

Hamza Ali Abbasi and Naimal Khawar are always in the limelight, especially after the birth of their adorable son and are undoubtedly the most loved celebrity couple in Pakistan. 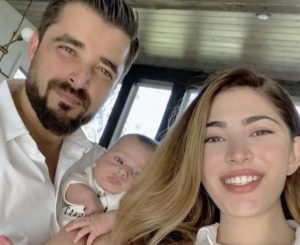 Though we’ve not seen any recent on-screen projects featuring either of the two (Hamza was last seen in the drama serial Alif alongside Sajal Aly), the duo has been able to keep fans on their toes by frequently posting stunning family potraits featuring their latest addition in their time abroad.