The 2000s turned 20 just six days ago. Gone are the teen days, and the 2000s have officially entered their 20s. Most of us 2000s kids will hit major milestones of  our lives, in this coming decade. Some of us will graduate, some will enter professional lives, some of us will get married and some of us might get settled. But, lately we’ve just been wondering, what are we giving up. What are some of the things that we will miss from before the 20th Birthday of 2000s.

Before it all, were CDs and CD players.  Netflix, Pop Corn time, Amazon Prime and Disney+ , before all of these were DVD players. And while we really enjoy the convenience all these streaming sites have provided us. We would really miss that feeling of buying a CD, having that feel of owning a psychical version the Movie with you.

Oh, we for one miss this the most! That feeling of having a physical version of a photo you  just took from the camera. That feeling is irreplaceable. We as kids used to be really excited, having photos albums, arranging photos and then opening them up and locating photos was really easy. And that is dying. You’ve got your camera, your album everything in your cell phones.

The rise of Boy Bands

The 2000s experienced a major rise in boy bands. It was the trending thing! From One direction to Jonas Brothers to Backstreet boys. And fan-girling over these bands! Having a multitude of posters put up in your room and going crazy over them!

The books / movies that had us all hooked, and frankly still has many of us hooked. HARRY FREAKIN’ POTTER! For seven years this was all everyone was talking about. Waiting fr a new book / movie every year! That wait, it was all worth it. We will definitely miss Hermonie bossing around, Harry and his feud with Malfoy and well every epic magical moment from these books and movies.

The most epic TV show ever! Game of thrones had our eyes glued to the TV screens for eight years! Some of us have watched it over and over again and we just can’t seem to stop. The epic battle sequences, the clever dialogues and the amazing screenplay by the most brilliant actors! Something we’ve left in 2000s but will miss for the many years to come.

2000s was the time you could hide behind fashion. Yeah! I mean now if you did some of the things you used to do in early 2000s, you wouldn’t make it through the scrutiny and judgment. You could put on the funkiest pair of pants and pair it with the most bizarre color and experiment with prints an jewelry and you could get away with it. 2000s was the time of mix and match and experimentation and well being out right daring!

That time when there were back shows. Dragon Tales, Dexter, Ed Edd and Eddy, and all those shows we were, all of us without fail hooked onto. Waking up at 7 am and then watching shows straight till 11 am. We will all miss that dearly.

Oh that sass of opening a flip phone, just for the sake of closing it again. That moment of utter satisfaction. Looking like a boss! Flip phones are definitely a thing we will is dearly in the coming years.

…..and…well, less of everything

Everything is becoming a little too much. Don’t you think? Life is just not stopping and evolution in everything just won’t take a break. And well, frankly speaking we enjoyed times when everything was simpler.

Find out some realistic new year resolutions you can actually keep up with here. Don’t be so hard on yourself. 🙂 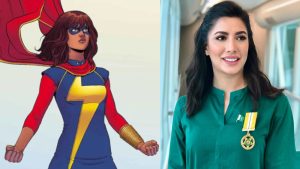