“Children should not be serving you.”

There needs to be a better conversation about children are robbed off their education and future potential when they are made into domestic helpers, and Shaniera Akram is there to start it. The social worker and wife of Wasim Akram wants Pakistanis to understand that it is better to educate children so they may make their country proud some day, than to make them serve rich people as maids and cooks for the rest of their life.

She posted a screenshot of a tragic accident that took place in Gurjanwala where a family had killed an eightyear old child who was working with them as domestic help. Shaniera pointed out that this was a tragedy that should encourage our public officials to ensure no child should be forced into such circumstances like this again 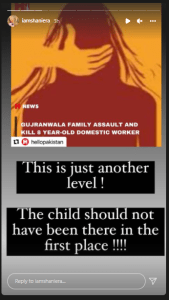 Shaniera further shared that there should be better attention given to arrest those people who continue to hire children as domestic workers and the people who keep sending them for this job. She said that young children should be getting an education rather than working as maids, which will help them build a better future.

“Nothing infuriates me more than a family who has children working as their domestic staff! I don’t give a rats about your excuse is, CHILDREN SHOULD NOT BE SERVING YOU! If you really care for the child, then send them to school not work!

And don’t give me the pathetic excuse that the child is earning money for his/her family  or if he/she wasn’t working for you they would be in the streets! Absolute rubbish!

You are the enabler

You are the one breaking the law

You are an embarrassment of a human that’s so incredibly lazy and cheap you need a human to serve you.

If you are that desperate for staff and but are not willing to pay an adult , then get off your butt and and do your own bloody housework!

If you really care for that child then show it. Provide a safe home for them, basic schooling and most importantly help them learn a trade!

By helping them learn a trade you are setting them up for life. You are giving a gift that keeps on giving. And because of you children will probably have a normal happy childhood and be in school where they belong.

Learning a trade is one of the most valuable forms of education for our youth in Pakistan today!

If we, the people, work hard together to create a better future, then one day our problems now, will be the problems of the past! 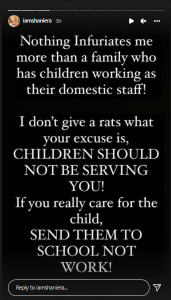 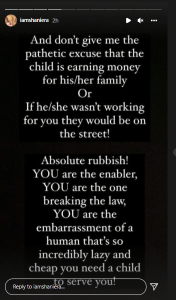 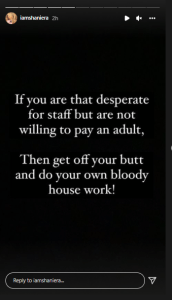 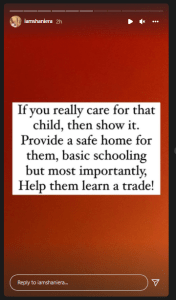 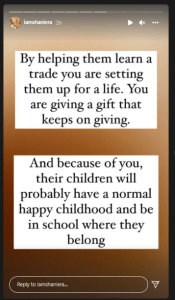 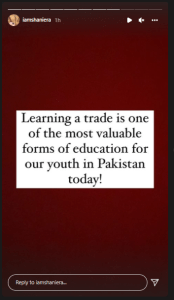 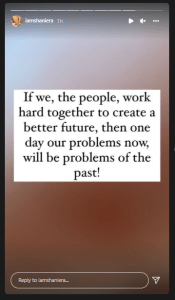 We agree with everything that you say Shaniera and its about time our society stopped relying on the labor and hard work of children from poor families and instead started educating them to become more prosperous in the future.