…to all the ‘entitled’ men out there, just STOP! 🚫 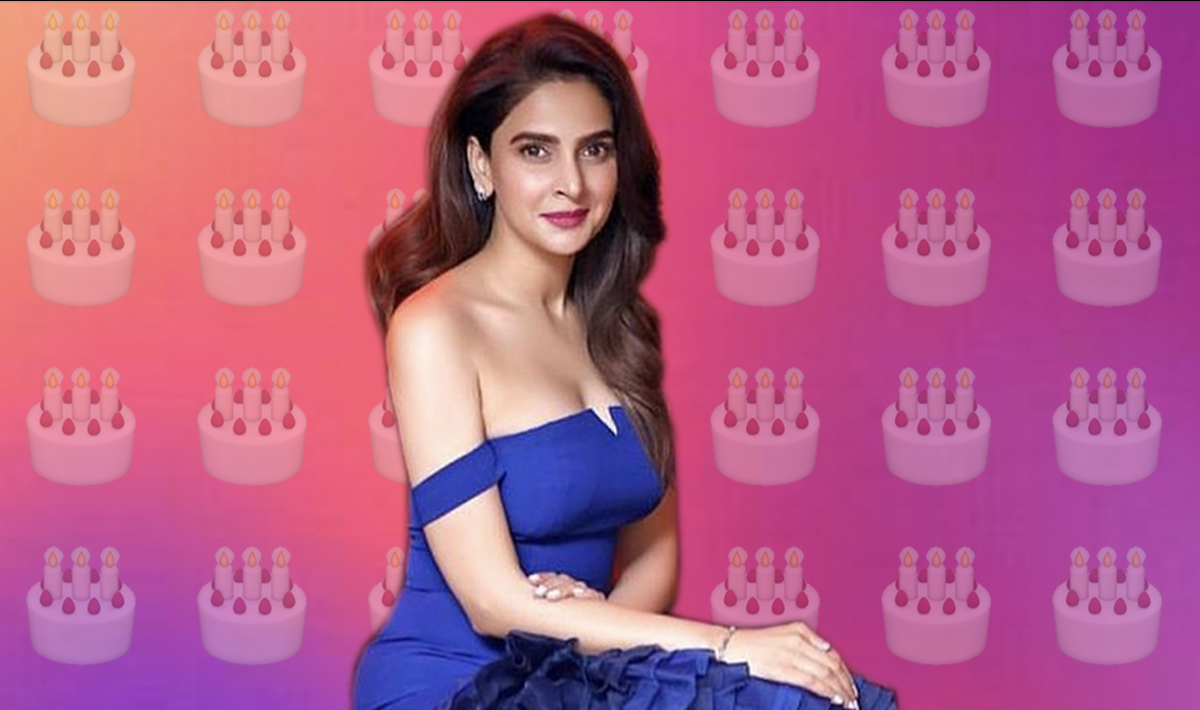 Actress Saba Qamar celebrated her birthday last night, and some social media users are insistent that Saba Qamar’s birthday outfit is their single most important concern of the day! Here’s why we are listing some of the reasons why you shouldn’t be commenting on what a woman wears.

The Entitled Man (Please, stop being one!)

Most of these users are our very own entitled Pakistani men, who are born and bred with the misconception that what women wear is their business! Is it reasonable for a man to comment on a women’s appearance? Women don’t comment on theirs so why should men? Please, STOP!

As pictures and videos from the small indoor party came out on social media, users came out with their opinions in the comments section. A man here is demanding to know ‘what she is trying to prove by wearing that’, and we are curious to know what he THINKS she is trying to prove, or where even he conceived the idea that Saba Qamar picked her birthday outfit to ‘prove’ x or z matter.

In another hilarious remark, a user expresses her certitude that Saba Qamar dressed in this manner to get former suitor Azeem Khan jealous. Wow this one seems to have some special psychic abilities! 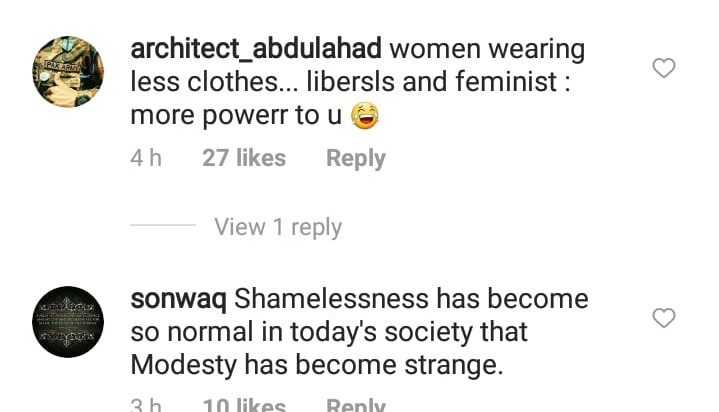 A certain male architect, who should generally be busy constructing homes writes ‘women wearing less clothes…liberals and feminist’. We are not sure what he means because apparently he did not really take any pains to clarify what he means (perhaps assuming that anything he says regarding liberal and feminist women should be an explanation in itself) but he still did think his opinion was important enough to be posted on the page. He also adds a laughing emoticon at the end, apparently finding his own statement very very funny… 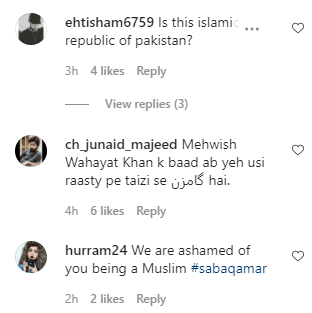 Lower your Gaze (If you have a problem, thanks!)

Many users of course just had to bring in religion as well, as if their deeds will be judged not according to their own actions and intentions, but according to how frequently and effectively they policed women for what they wear. One user questions ‘Is this the Islamic Republic of Pakistan’, forgetting that Islam demands a man lowers his gaze in respect, when in the presence of any unfamiliar female, let alone snooping on their pictures and then commenting underneath! 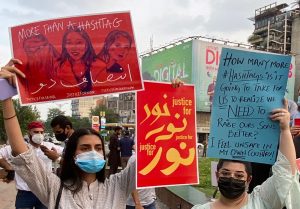