Nida Yasir gets age-shamed under her vaccination video

Instead of sending over well wishes, the minds of some twisted users went straight to Nida’s current age

TV star Nida Yasir got vaccinated for Covid-19 earlier today, and some social media users thought it a good idea to shame the actress for her age. We could not help but get baffled by this nonsensical and tasteless response.

After the actress posted a video of herself getting vaccinated on social media, it is incredible that instead of sending over well wishes and prayers, the minds of some twisted users went straight to how old Nida Yasir currently is, and they started shaming Nida for her age, in the comments underneath… We decided to highlight some of the comments and call them out on their rubbish!

This guy here thought his remarks regarding Nida’s age were relevant, needed and of any kind of value….Why and how???

This one seems to think someone who is 50 is ‘budhi’, and SOMEHOW considers it offensive for someone to be aged. NO, age is not an offense. It is a natural part of life: all humans age. Where’s the BIG DEAL???

And then there were more. 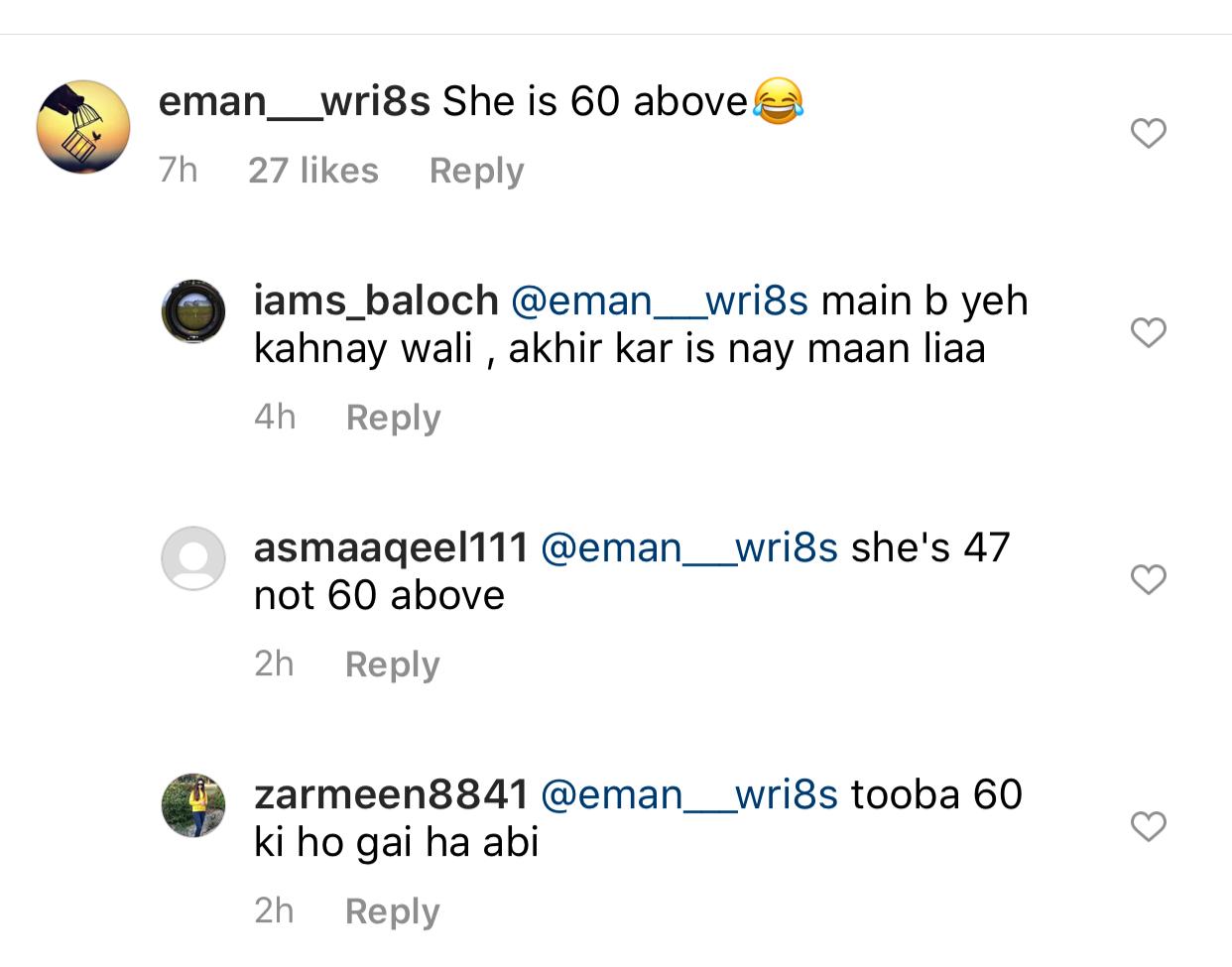 Most users commented on her age, leaving us irked because being offended by a woman reaching her middle ages just wouldn’t make any sense…Do we want women to stop growing after their teenage years or do we want them to get stuck at a certain age perhaps, for our convenience???…

This one commentor decided to get particularly personal and abrasive, and somehow seems to have a lengthy record of Nida Yasir’s medical history, claiming she has gotten many such injections before….

In the end, we gathered that all these users must have made some kind of contribution towards creating Nida Yasir’s birth certificate, hence why the obsessions with her age! What are your thoughts? Answer in the comments below!