‘I wish one of your children becomes a khusra’: Nadia Jamil schools trolls for disrespect against Khawajasirahs

Veteran actor Nadia Jamil schools trolls for disrespect against Khawajasirah community when an internet user told her ‘I wish one of your children becomes a khusra’. The actress is known for the kind and generous manner in which she claps back at mischief makers on the internet and yet again she stood up for the rights of the minority community while retaining her gentle and cool demeanor.

Recently, Nadia had been quite vocal on Twitter about the concerns of transgender persons in Pakistan, advocating for their rights and standing up against the injustices committed against the minority community.

What is the issue the religious right,the extremists in Pakistan, have w the Khawajasirah community? What makes them nervous about non-binary people? Do they realise they are a minority in the world? That they might apply 2 Universities & jobs in countries that arrest such hate🤷🏻‍♀️

This did not settle well with many miscreants over social media, who began to make distasteful and uneducated remarks about the Khawajasirah community, while also hurling disrespect at Nadia. However, the actress responded to all the troublemakers and instigators with utmost respect, kindness and dignity.

InshaAllah regardless of what choice my children make I will love them w all my heart.Whether I approve or not. My love is theirs.I am theirs. Aisaay jannat Ma ke payr kee neechay to bah.
My children are beautiful humans.
So are Khawajasirahs.Beta the word Khusra is derogatory ❤️ https://t.co/jUtyKmVDCz

Earlier also Nadia has been educating people about the elevated role and place of transgender persons in our cultural history, and the respect they deserve according to Islamic values. 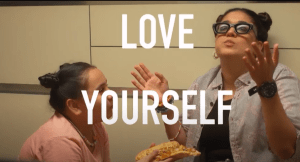