Jeeto Pakistan is one of the biggest and exciting game shows being aired currently. Jeeto Pakistan completes eight years this year and enjoys a massive fan following. A quick recap for the unversed; in the light of the 2020 coronavirus pandemic, the format of the show was changed to a ‘league’ where teams representing major cities would compete against each other, with each team led by a popular celebrity. Fresh contestants would participate in each episode and the top two teams with maximum points would qualify for a final playoff.

Breaking fast, offering prayers and tuning into the biggest game show league of Pakistan ‘Jeeto Pakistan League’ (JPL). Ramadan is incomplete without (JPL). This year ARY Digital added up the sixth team ‘Multan Tigers’ helmed by Shoaib Malik. The new addition Aijaz Aslam from Quetta Knights also added up the entertainment quotient. The previous captains reprised their positions i.e., Humayun Saeed from Karachi Lions, Adnan Siddique from Lahore Falcons, Sana Javed from Islamabad Dragons, Shaista Lodhi from Peshawar Stallions doubled the dose of fun. The captains left no stone unturned to entertain viewers within the true spirit of the game. Resultantly, JPL has emerged as a true winner with 63.3 GRPs from 1st – 14th of Ramadan.

I wonder who could be a better choice than Fahad Mustafa to host JPL. The energy, humor and fun that our very own (Fahad Bhai) brings to the table is simply irreplaceable. This year, the show is mounted on a mammoth scale in terms of content, execution and grand prizes. Every segment brings in new twists and turns to keep the viewers on the edge of their seats as to what will happen next. From the studio audience to viewers participating through live calls; no one goes empty handed. 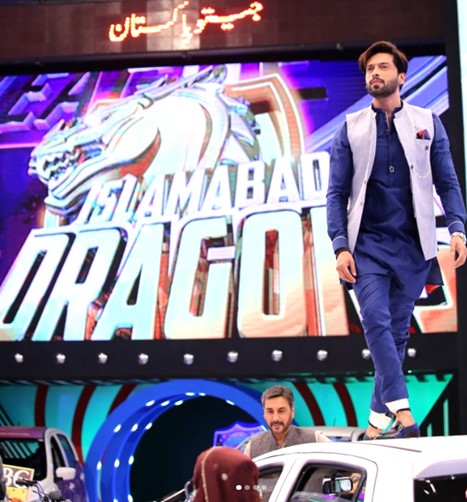 JPL begins like poetry in motion as Fahad Mustafa goes out in full swing, keeping the studio audience energy up by distributing motorbikes to those who answer simple and easy questions. There’s never a dull moment as the captains of the teams are introduced quickly. The series of playing various exciting games with the audience and giving the winners motorbikes continues. To support the captains; special celebrity guests grace the show every day. 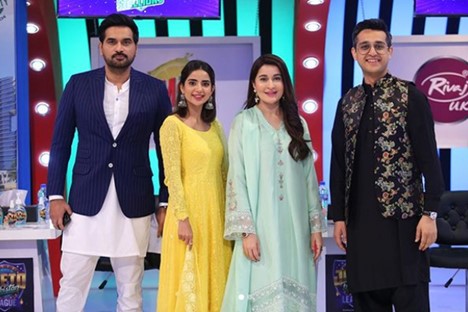 Finally, the match begins; a lucky draw decides which team will play. The teams play to win 20 Tola gold. The teams also have an option of a deal box that has ample cards with humongous prizes. Child star Ahmed Shah’s intervenes in between with his treasure box as it offers an ARY Laguna Apartment, cars worth rupees twenty-seven lakhs and much more. Live callers are included in the show and asked about their opinion to help the teams. Finally, one team is declared as a winner. 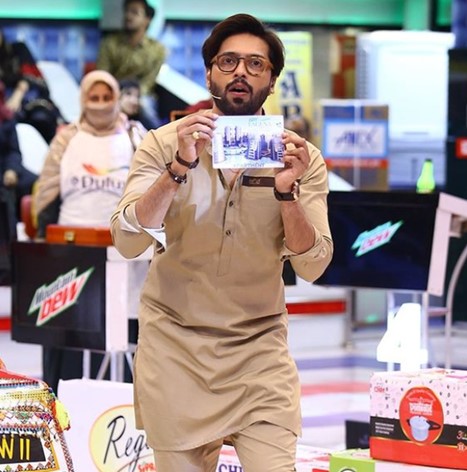 Segment ‘Jeet ka Funda’ tests the intelligence of the participants by asking questions that have multiple answers. The participants have to answer keeping the masses point of view in mind. The segment ‘Khul Gaye Kismat’ is played by two families within the studio audience. They are selected by their voucher numbers via a lucky draw. The participants select box numbers in which splendid prizes like, car, motorbikes, mobile phones, electrical appliances and much more is hidden. Not just that the studio audience is also invited to open a box and win big. 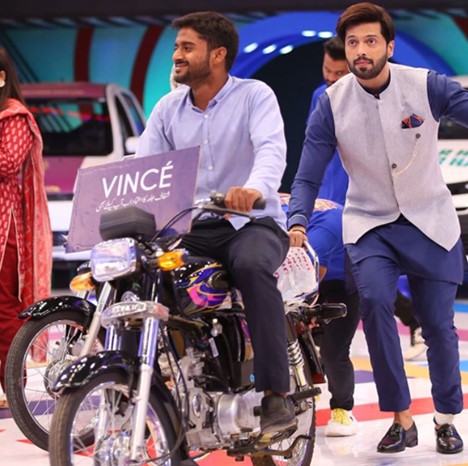