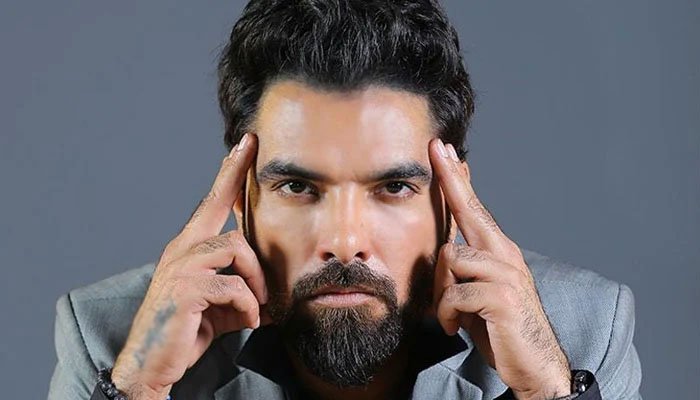 Yasir Hussain recently put up a story on his Instagram featuring two Pakistanis who resemble two lead character of the much loved Turkish series, Ertugrul. The post was captioned as ‘Pakistani Turgut and Pakistani Ertuğrul.’ However, Yasir’s comment on the post quickly caught fire and landed him in hot waters.

He wrote, “No one will pay heed to them.he wrote. Because home-cooked chicken is equivalent to lentils while international garbage is still worth cashing on.”

The comment was quickly picked up by local social media platforms, under which Anoushey Ashraf responded to the Jhooti actor leading to a response from Yasir himself!

Here’s what went down:

Anoushey started by ‘gently reminding Yasir’ that no one is ‘Kachra’, and continued to express her views. While Yasir responded by saying that everything he says should not be linked to ‘Ertugrul’.

Social media quickly became abuzz after the two actors conversed with one another and put forth their respective  opinions. 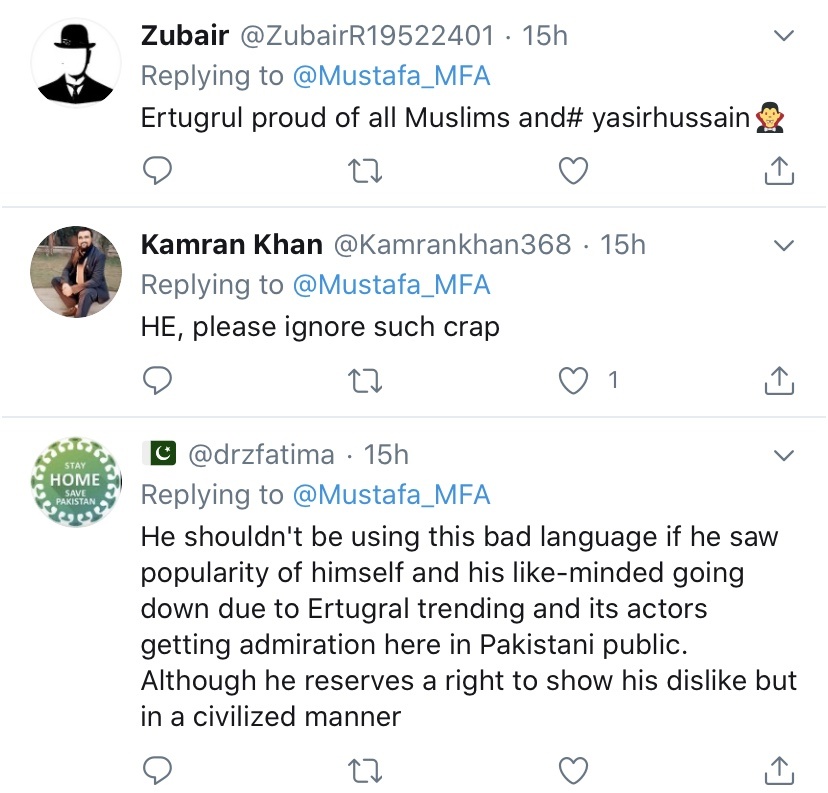 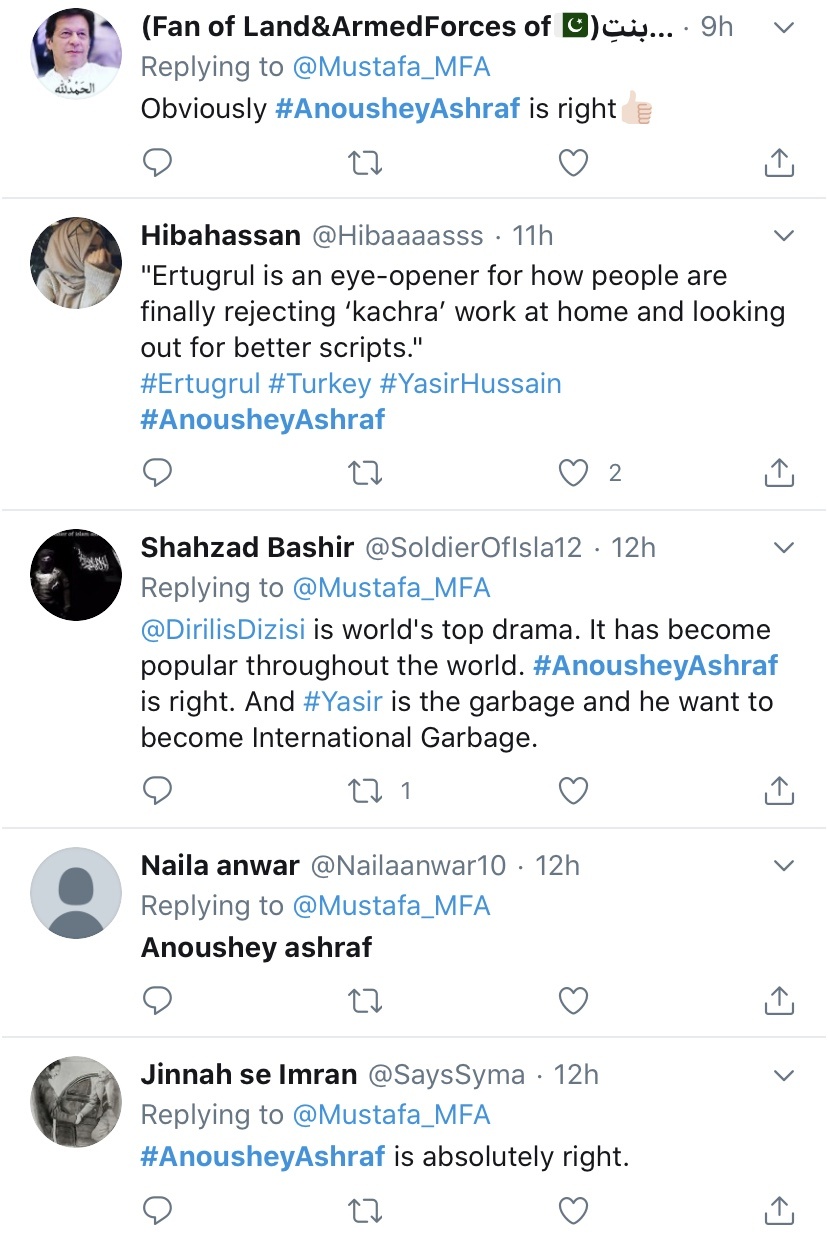 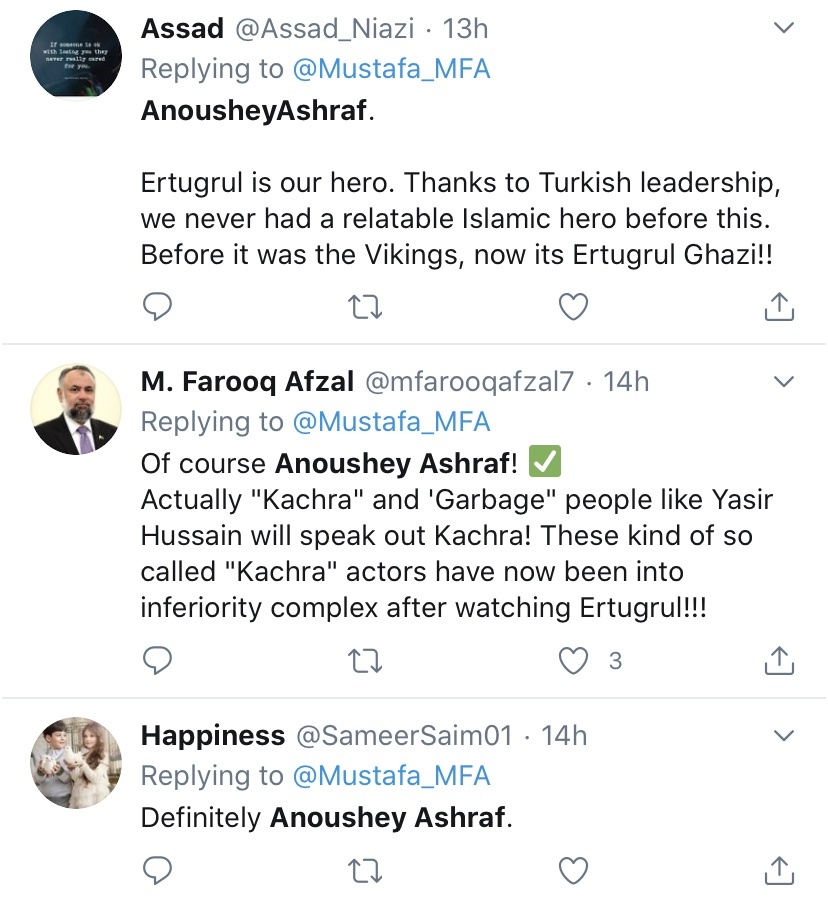 Yasir Hussain quickly began to trend on Twitter and meme gods decided to use the opportunity to their advantage leaving social media users in fits!

After success of Ertugrul in Pakistan.

What are your thoughts on this? Let us know by dropping a comment on our Instagram page.