People,top read
Be it Pakistani Television, Hollywood or Bollywood; neither has been exempted from having tasted and experienced the finesse and art of acting at its best, courtesy of one of the finest actors of his time, Adnan Siddiqui. It is without a doubt that since Adnan siddiqui”s debut in 1992 he has only gotten bigger and…
November 2, 2019byM.NICHE
00000

Be it Pakistani Television, Hollywood or Bollywood; neither has been exempted from having tasted and experienced the finesse and art of acting at its best, courtesy of one of the finest actors of his time, Adnan Siddiqui. It is without a doubt that since Adnan siddiqui”s debut in 1992 he has only gotten bigger and better over the years! His first serial Uroosa where he portrayed a chocolate hero was well accepted by the audience of that time. 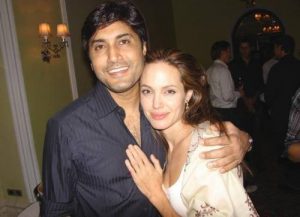 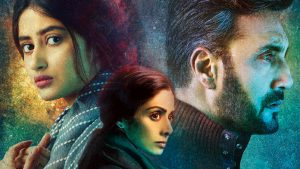 In 2007 the actor made his Hollywood debut with ‘A Mighty Heart’ and played the role of Dost Aliani alongisde Angelina Jolie and Irfan Khan. Later in the year 2017 he made his Bollywood debut in alongside Sajal Aly and Sri Devi in MOM – a box office success! 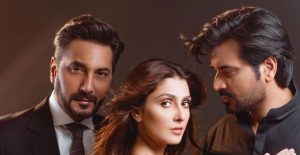 Creating tidal waves by the hot minute for his impeccable performance as ‘Shahwar’- a successful and wealthy businessman wooing a married lad in Ayeza Khan and Humayun Saeed starrer drama serial ‘Meray Paas Tum Ho’, Siddiqui continues to win hearts as he successfully manages to maintain the benchmark he has set in the past.

In a recent interview he revealed, “Before going on air, I thought that the character of Shahwar would get all the bashing from public, but it is strange that they are disapproving Mahwish and accusing Danish”, he stated. He further went on to give credits for his performance to the writer of the drama title, Khalil-ur-Rehman stating, “I think these beautiful lines have made my character a bit different and unique”.

Adnan Siddiqui has been widely praised for his acting in Mere Paas Tum Ho but also hated for it at the same time as his character is a villain in nature! The MOM actor addressed the criticism saying that criticism should only be limited to the characters and not to the actors playing those roles.

The actor-cum-producer is currently working on his upcoming project Dum Mastam featuring ace actor Imran Ashraf and Amar Khan in lead roles. He took to Instagram to announce his latest venture last month.

Finallyyy! Was waiting to break this news to you all for a very long time now. We at Cereal Entertaiment are proud and excited to announce our first film, “Dum Mastam.” Starring the dashing and talented Imran Ashraf who’s been winning accolades for his performance in Ranjha Ranjha Kardi opposite none other than the talented Amar Khan. This project has also been penned by her. It’s a rom-com helmed by the maverick director Ehtashamuddin who directed Superstar recently. Last but not the least, we’re also introducing @mominsaqib Momin in one of the supporting cast in the film, who’s a Instagram sensation and is phenomenal with his comic timings. Will share more updates about the film soon. Need your blessings and support guys. 🙏🏻 . . . . #producer #adnansiddiqui #production #imranashraf #amarkhan #writer #actor #artist #mominsaqib #youtube #firstfilm #silverscreen #blessings #hardwork #gratitude #wishes #love #support #fans #audience #viewers #dummastam #cerealentertainment

What do you guys think of Shahwar? Let us know by dropping a comment on our Instagram page.

Twitter is all praises for Sarah Khan & Imran Ashraf