Zaid Ali T is suffering from a head injury and wants his fans to pray for his betterment.

A celebrated personality, Zaid Ali T, known for his works among the Youtube community, recently met with a severe accident. The news about the accident and Zaid’s deteriorating health left all his fans in a state of worry.

Zaid Ali is Pakistan-Canada based youtuber, influencer, comedian and vlogger. He started his career in 2012 (a major 10-year era). He is currently among the most successful online personalities. His content is enjoyed by an immense number (3.3 M) of fans across the globe.

In a recent Instagram story, he informed us about his bad heath which is due to an accident he met in recent times. The celebrity asked all his fans and community to pray for the betterment of his health and state overall.

The news left all of the media praying for improvement in his health.

Good health and physical state are one of the many things we all neglect at one point or another. Health and well being should be one’s foremost priority no matter whatever is going around.

Upon waking up, he was filled in by the doctor that he had a major concussion and it was his lucky fate that he is somehow in a better condition than any other predicted.

“I have been extremely lucky that there was no internal bleeding in my head. My head is currently deformed and swollen and it’s difficult to eat anything and I have been vomiting repeatedly” 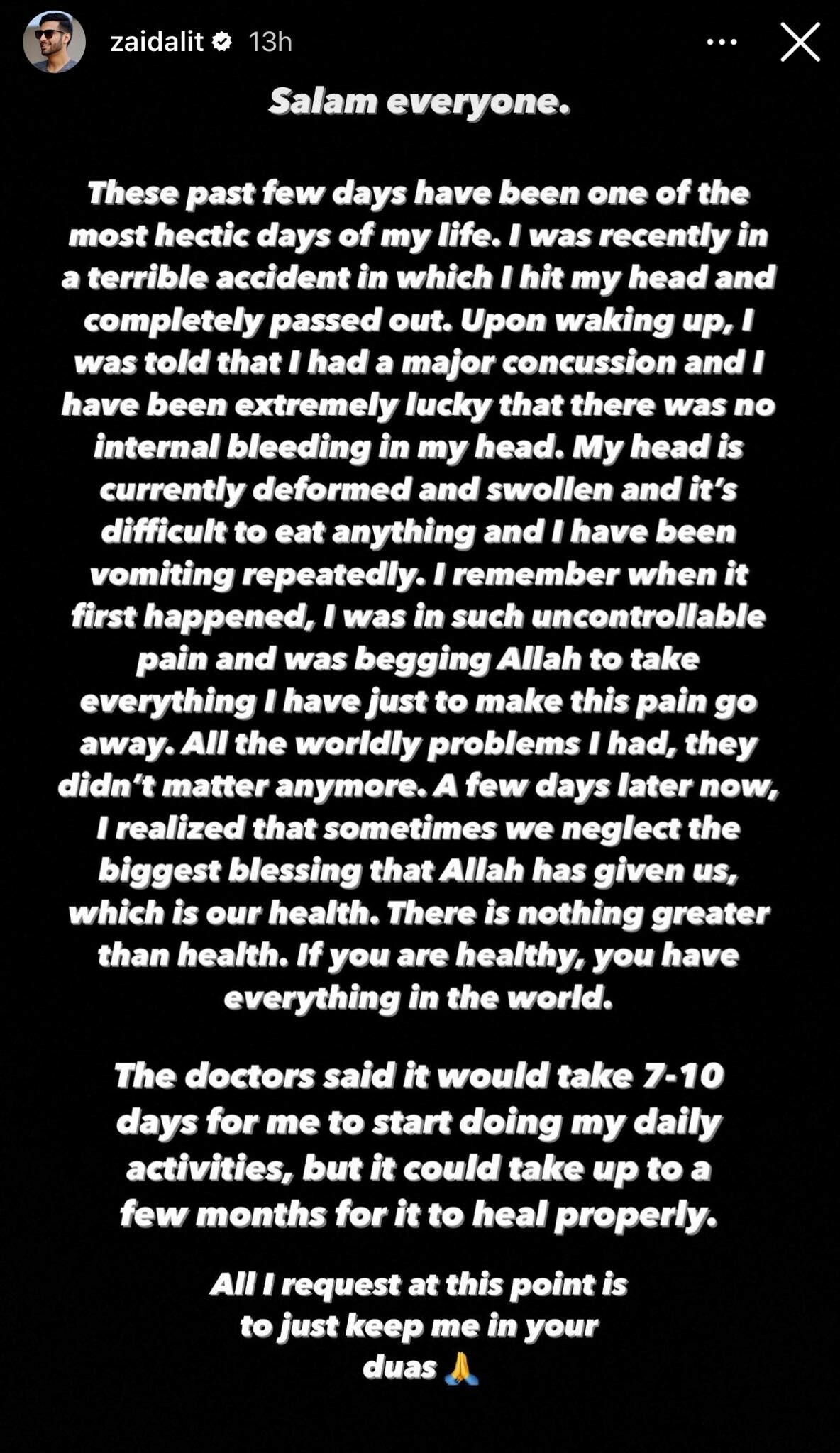 Recalling the early stage of his injury, Zaid said that he was in turbulent pain endlessly begging Allah to take away the pain anyhow. The problems, achievements around him did not matter for him anymore.

The story furthermore read as: “A few days later now, I realized that sometimes we neglect the biggest blessing that Allah has given us, which is our health. There is nothing greater than health. If you are healthy, you have everything in the world.”

All of his fans are eagerly awaiting (including myself) to hear more about the advancement of his health.

According to the doctors, Zaid can continue his daily activities in 7-10 days but the injury will desperately need months to heal utterly.

Prayers and best wishes for Zaid Ali T to get better’ for who can put up with Youtube without watching his content every now and then?