Raaz-e-Ulfat comes to an end with a strong message 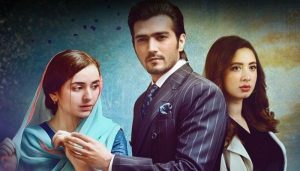 Here’s what the Twitterati has to say:

the message got from #RaazEUlfat is that
your parents always decide best for you pic.twitter.com/Ni9SDN6jkE

Mushk told the real definition of love in #RaazEUlfat love is to respect, believe, care, to ignore flaws and mistakes and to cover it up for each other ❤️
Hats off to all the actors working hard to make such realistic, decent and lesson giving projects 👏👏 pic.twitter.com/PW8OH8oc18

If he can't trust you he doesn't deserve you ❤️#RaazEUlfat pic.twitter.com/6YzFUND8u3

How it started How it ended pic.twitter.com/Y9TylXD0Tk

People r lauding parents choice is best indeed it's until they r sincere n do cares.But can't apply it generally,many who refuse to parent's selection do have legit reasons.
Btw why mushk's mother has to die to make her realize who worths more in her life😭#RaazEUlfat pic.twitter.com/e8uChqEc7N

The last episode of the drama serial showed Mushk and Ismail Mian coming together. The prime lesson that the audience took from the drama serial was that your parents surely do know what’s best for you.

In case you weren’t following the drama serial, here’s a little preview of what it holds.

Written by Maha Malik and directed by Siraj-ul-Haq, Raaz-e-Ulfat aired its first episode in April this year and since then has continued to garner much attention. The cast of the drama serial features Yumna Zaidi, Shehzad Sheikh, Komal Aziz  Khan, Gohar Rasheed and Arisha Razi.

The storyline revolves around a young girl named a Mushk who becomes a victim of a love triangle. 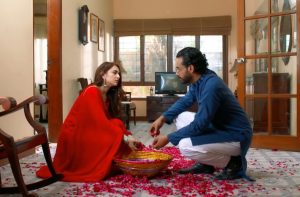 Mushk belongs to a conservative family as her life is governed by her father Iftikar Ali. Mushk has no choice other than following the principles set by her father until she meets Sehba who lives a much different lifestyle. She is modern and outgoing in nature. However all is well between the two girls until they get caught in a love triangle. But at the end, after experiencing the entire ordeal caused by the love knot, Mushk settles for the boy of her fathers choice and it all ends on a happy note!

If you watched Raaz-e-Ulfat, let us know what your thoughts are on the drama serial. Let us know by dropping a comment on our Instagram page!