Twitter lauds Prem Gali for its message regarding transgenders 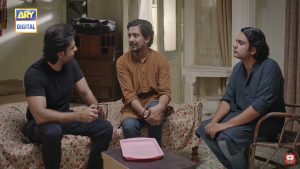 The audience took to social media to appreciate and laud the witter of the drama serial Faiza Iftikhar for not only acknowledging the transgender community but for also depicting the right way of treating it’s members.

Here’s what people are Tweeting regarding the drama serial:

This Intellectual Lady @Faizabytheway knows how to get a message across her audience in a simple yet powerful way.#PremGali is lifting the veil from societal issues that we pass as trivialities, is acknowledging them of their importance and is giving solutions to them.

The scene between Hamza & Khwaja saras was so heart-warming.
Where some residents were critizing & making issues outta new renters (is a bitter reality sadly) loved Hamza's gesture of welcoming them.
This drama touches many sensitive issues of society in a precise way👌#PremGali

The way they showed the positive image of Khuajasaraas..! 👍👏 #Premgali

Dramas these days are focusing more and more on sensitive topics that surely need more attention. The way the scene from the drama serial liberated the transgender community so seamlessly is beyond wonderful and worthy of special attention.

Kudos to the writer of the drama serial Faiza Iftikhar for writing a script that not only cracks great comedy but also incorporates important messages that need to be spread in the our society! That being said, Prem Gali remains an all time favourite.

Let us know what your thoughts are on this by dropping a comment on our Instagram page. We would love to hear from you.