All the desi memes you need to see right now! 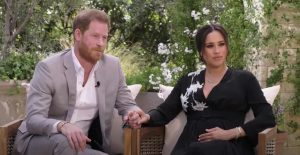 In a conversation with Oprah Winfrey, Meghan Markle and Harry made some shocking remarks regarding the royal family and the backlash they had to face after they got married. Major concerns included a conversation of their son’s skin color making racism a major point of discussion, an argument with Kate Middelton, Harry’s relationship with his father Charles, their mental health issues and suffering.

Tabloids, television channels and social media has been ablaze ever since the interview went live. Many people are taking sides and are giving in their two cents. Many international celebrities including Beyonce has also responded to the interview, some are of the view that Meghan has been courageous in her attempt to stand up against racism and oppression while some are thinking of it as an exaggerated façade constructed to garner attention.

While the remarks made by Meghan and Harry made waves on the international scale, for Pakistanis it appeared relatable, from not getting on with your saas vibes to the colour of the skin of your new born baby, all of these highlights seemed very true to home. Scroll down to see how Pakistani twitter has been reacting to the interview.

Ekta Kapoor will soon launch a new soap-opera with 300+ episodes for Indian audiences based on Harry and Meghan’s interview with Oprah.. #RoyalFamily #OprahMeghanHarry

the only way my parents would watch the Meghan and Harry interview was if it was delivered in an Indian soap opera format pic.twitter.com/sqrEn3kiXG

Why would they say that pic.twitter.com/Jwh5NZkKdN

What are your thoughts on Ophrah’s interview with Meghan Markle and Harry, do let us know in the comments section, here.