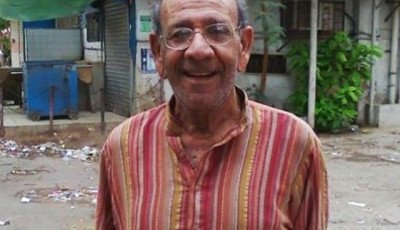 In unfortunate news yesterday, comedian Mirza Shahi passed away at the age of 70 due to cardiac arrest after battling with the pandemic for almost a week.

It was known that his condition was critical, however fans and well wishers were positive until the news of his tragic passing arrived.

Social media quickly picked up on the news and began to pay their tributes to the very loved Mirza Shahi who has kept many entertained with his impeccable performances throughout the years.

Here’s what Twitter users are posting on the actor:

Great Mirza Shahi, who make our childhood awesome as an actor in "Nadaniyan" lost his battle against corona😔
May God rest his soul in peace❤ pic.twitter.com/G8fARL2oC3

Comedian Mirza Shahi Passes Away Due to Corona Virus. May Allah grant him Higher Ranks in Jannah #MirzaShahi pic.twitter.com/Xdv5ThmvkX

Mirza Shahi was best known for his role as Chacha Kamal from comedy show Naadaniyan.

He began his career in films produced in the former East Pakistan in the early 60’s. He made his acting debut in 1965 with a film titled ‘Kaisey Kahun’. Later, he acted in various movies, including ‘Mala’, ‘Aakhri Station’, ‘Is Dharti Per’, ‘Chakori’, ‘Chotey Saheb’, ‘Chand Aur Chandni’, ‘Payal’, ‘Anari’, ‘Chand Sooraj’, ‘Dushman’, ‘Miss Lanka’.

We send our heartiest condolences to the friends and family of Mirza Shahi. He will always be remembered for the years to come!

What is your favourite performance by the actor? Let us know by leaving a comment on our Instagram page!