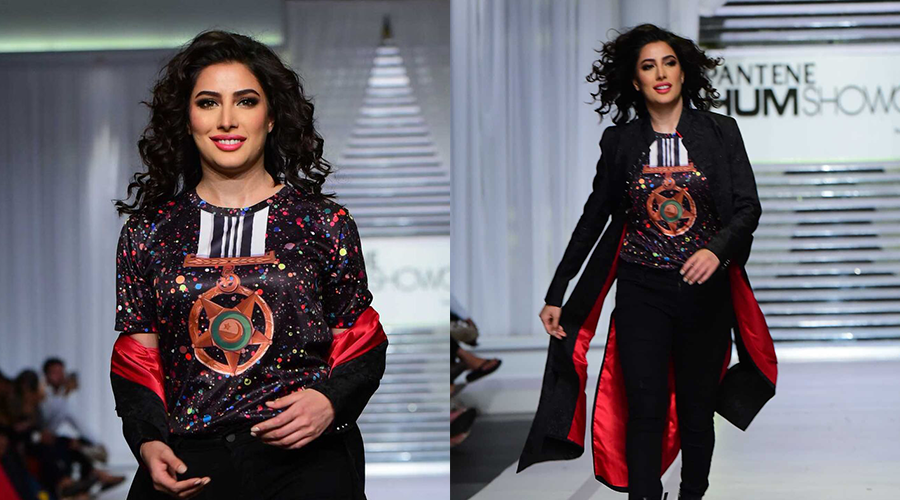 The Punjab Nahi Jaungi starlet owned her Tamgha-e-Imtiaz at the HUM Showcase as she walked  the ramp with great pride, donning a t-shirt with the accolade printed on it and we are all here for it!

Walking the ramp as showstopper for Munib Nawaz with @OfficialyAzfar my buddy as well as costar in my upcoming film “Chhalawa”. Watch out for the film trailer release later today. Cannot wait for you guys to see it. ❤️😌#Aboutlastnight #MehwishHayat #AzfarRehman #chhalawa pic.twitter.com/IwmDSBwiWS

Mehwish walked for Pakistani designer Munib Nawaz who designed the iconic t-shirt just for her, in honour of her achievements! Munib Nawaz showcased his latest collection ‘Dash’ at the Hum Showcase in collaboration with Hush Puppies for which the cast of Mehiwsh’s upcoming film ‘Chhalawa’ was invited to walk for.

The actress was awarded with Tamgha-e-Imtiaz last month on Pakistan Day at the the Aiwan-E-Sadrin Islamabad for her laudable contribution to the Pakistani cinema.

All your Favourite Celebs at the Trailer Launch of Chhalawa