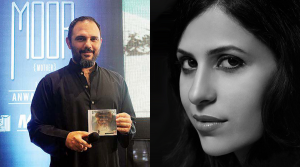 Following in the footsteps of Eman Suleman, Generation and Saima Bargefrede, now  Meesha Shafi, Jamshed Mahmood and Fatima Nasir  have also opted out of the Lux Style Awards in solidarity with harassment survivors.

Meesha Shafi took to Twitter to announce her decision to withdraw from the LSA.

Film-maker Jamshed Mahmood who produced Pakistani film ‘Moor’ also withrdrew from his nomination at the LSA in retaliation to the Lux Style Awards nominating an accused sexual harasser this year. He also left his previously won LSA trophies outside his home on the streets,

Lux Award for Best film Moor is now on the road outside my gate. We believe and stand by our Women stories! @Unilever @LeenaNairHR pic.twitter.com/lUwJUmaXq0

Make-up artist Fatima Nasir wrote in Facebook post,”I stand in solidarity with those who have withdrawn from the awards before me and we need to keep raising our voice against sexual harassment until the industry, and the world, is a safe place for women to work.”

So far six nominees have disassociated themselves from the Lux Style Awards this year to stand again against harassment!

Meesha Shafi has Targeted Me for Personal Gains: Ali Zafar