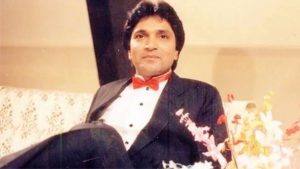 Legendary comedian and actor Moin Akhtar is being remembered on his 10th death anniversary today. He had gained fame all across the globe with his stellar acting and comedy skills. He was a versatile artist, actor, comedian, host writer, director, and producer. He was born on the 24th of December, 1950 in Karachi and started his career at the age of 16 in 1966.

He started off with working in plays for Radio with Anwer Maqsood and Bushra Andari. Moin Akhtar has also worked in several stages plays including bachaao Moin Akhtar se, Tarzen Moin Akhtar, Bakra Kisto per, Baj Jaaney do Moin Akhtar, and many others.

He marked his name not only as a great actor but as a brilliant host as well. His fans still remeber his famous dialogues and characters and his comedy clips are always trending on the social media. His famous show “Loose Talk” with Anwer Maqsood was a bug hit and is still loved by fans all across the globe

He made Pakistan proud by with his performances around the globe. He did several shows internationally and gained a huge anount of fan following. The golden era of PTV, was ruled by Moin Akhtar, Anwar Maqsood , Bushra Ansari and some other big names of our industry as their performances made everyone hooked to their tv screens.

We for sure miss these old memories and they are all a great part of our childhood.

Moin Akhtar passed away on the 22nd of April in 2011 but is and will always stay in hearts forever.