Jemima Goldsmith and Sajal Ahad Mir both shared the pictures from the sets of What’s love got to do with it. Featuring Sajal, Shabana Azmi, Emma Thompson, Lily James and Shazad Latif , What’s Love Got To Do With It? is being directed by Shekhar Kapur who also directed Mr India and Dil Se.
While describing the film Shekhar Kapoor  revealed that its a “It’s a story of identities,” “It’s about cultural clashes and it’s a comedy, but it’s about hiding behind an identity and how identities can become tribal, and how tribalism can lead to clashes and fundamentalism. It’s a romcom, but based on this fundamental idea of people adopting identities out of fear of marginalization.”
Twitter also rejoiced once the pictures were released. Scroll down to see.

Two beauties in one frame! @sajalaly posting a picture with @khanjemima all the way from the sets of “what’s love got to do with it “
.
.
..
.
.
.
.
. https://t.co/syIKBeI2lZ pic.twitter.com/YpxbNvHTyB

Sajal Aly have come a long way, so excited to see her ace in the British cinema as well
Jemina Khan and Sajal Aly ✨🙌 pic.twitter.com/Ib7DhZK9mA

i don’t think i can explain what these pictures are doing to my heart 😭❤️ i’ve been wanting to see this interaction since the day i found out about #WhatsLoveGotTodoWithIt super proud of @Iamsajalali & super excited to see the film! #SajalAly pic.twitter.com/uCCSgsKnAq

Sajal Aly with Jemima Goldsmith who is the writer and co-producer of her upcoming film What’s love got to do with it! 💕 #SajalAly . #JemimaGoldsmith pic.twitter.com/Ofoa7Z716R

I think Shoot is ended and she will be back very soon♥️♥️😘😘
So PROUD OF HER♥️♥️#SajalAly https://t.co/6CGOrdjON0

Are you excited to see Sajal Ahad Mir on the screens again, we sure are. We’re looking forward to see how they translate cultural clashes and identities and still pull a rom com! 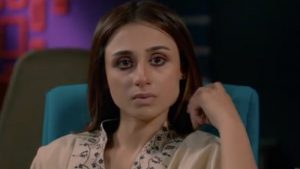