In a recent Morning Show the Hocane sisters, Urwa and Mawra made ignorant statements about an unhealthy diet being the cause of depression and other ‘Mental Diseases’.

The sisters have been defending their statements by posting the importance of eating healthy, in correlation with mental well being. As much we would like to believe ‘Google searches’ to be considered as evidence for their statements, mental health is a more complex field of research than to be boiled down to a direct and ‘Only’ correlation with food as a primal cause. 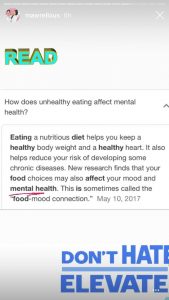 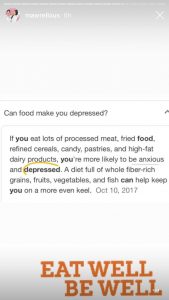 We at Niche would like to take this as an opportunity to educate the masses about the basics of mental health and (every tea party’s favorite topic of discussion); Depression. As our education systems fail to cater this branch of science at all, it becomes every social forum’s responsibility to raise awareness on this highly misunderstood phenomenon.

For starters, Depression is not the only mental illness in the world. There are multiple types of mental illnesses, Depression being one of them. Others may include, Stress (anxiety), Phobias, Schizophrenia, Eating Disorders, Multiple personality disorders, Narcissism etc. Just to name a few. Just like our body, our Brain is a far more complex organ than we give it credit for. There are more than 200 classified forms of mental illnesses in the DSM (Diagnostic And Statistic Manual of Mental Disorders ) 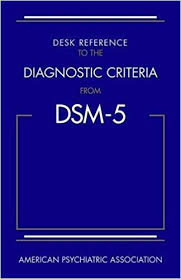 Therefore lets not categorize ‘Depression’ and ‘Mental illness’ as synonyms. As your Doctor diagnoses multiple body ailments, your psychologist or psychiatrist may diagnose multiple mental disorders. Its high time we know the difference and accept our lack of knowledge in the field than dropping our uninformed two cents whenever someone says the word ‘Depression’.

Moving on, there are multiple causes of Mental Disorders. These Factors may include Genetic, environmental (behavioral), biological (chemical) and Cognitive factors that lead to a certain mental illness. As the sisters are trying to highlight a ‘healthy diet’ as the sole cause of mental disorders, its important to see that the healthy diet falls under the environmental and behavioral factor. Thus making it ONE of the many causes. Not the ONLY cause.

We understand that this time and age allows an extreme freedom of speech, however with such freedom comes sheer responsibility of one’s words. Therefore if we aren’t well researched in a certain area, Its best to leave such blatant statements to the experts.

Sonya Hussyn Gets Schooled By Twitteratis For Saying Autism Is A Symptom Of Schizophrenia!

Celebrities Take To Twitter To Grieve The Beirut Blasts!

What’s The Whole Scene Between Twitterati’s And Amavi, The New Lahori Spot!