The power couple Hira Mani and Mani  appeared in an interview with Ahsan Khan on his show,  in a special episode. The super-talented duo spoke about changing trends in the industry with the advent of social media, playing comic roles, and their overall journey starting out as nobodies and both having their well-defined fortes as actors today!

Starting off the couple recalled how Ahsan Khan had also been Hira Mani’s first hero ever in a drama. From this, the conversation led up to a discussion of how Mani, who started his career as a junior anchor and host went on to becoming a sitcom and comedy actor, pioneered many trends in the genre of comedy. 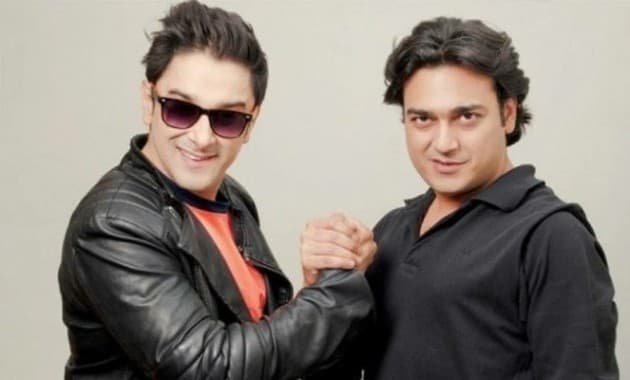 The duo pointed out how Mani who did many TV shows in the 2000s, brought forth the trend of bringing updates from the entertainment industry to audiences, through shows such as ‘Mani-Ism’ and ‘Casual’. This role has now been taken on by many social media handles such as Divamagazine and Galaxy Lollywood, they said, which now provide round-the-clock media updates over the internet.

They also discussed how in recent times, comedy has taken a backseat in the local industry , because channels are no longer prioritizing it, as they are not willing to giving it a good time slot, play it’s promo teaser or play it’s actors good money.

The two shared memories of when they first started out their careers, remembering the ‘Hum 2 Humara Show’ TV show which both husband and wife did together, only a year after their marriage. They recalled how they would often fight on the show, including once when they had invited Anwar Maqsood over as a guest. Hira confessed that when she first started out working she knew very little about local actors as she had grown up with Bollywood, and it was Mani who introduced her to classic Urdu dramas and actors such as Alif Noon,

Mani also pointed out how earlier when he started he was one of the only actors who was into propagating owning one’s own original personality and character, while in recent times it has become a trend to do so!