Hareem Shah is a famous tik tok star and has been in the spot light since alot of controversies have surrounded her along with some of our famous politicians.

Last night a video of Hareem Shah slapping Mufti Abul Qavi went viral on the internet and was also posted on Hareem’s official instagram account. The video clearly showed a girl wearing a red dress who just walks in and slaps Mufti who was seen sitting calmly on his bed busy in using his phone.

Hareem confirmed to Samaa Tv that she was the one in the video and she claimed slapping Mufti Qavi over inappropriate comments to her and her friend. She further added that she has no regrets and such men should be punished only then we can have a better society to live in where there will be no rape cases.

On the other hand Mufti Qavi last night in an interview said that he was using his phone in his hotel room and Hareem just suddenly came in and attacked him.

Both Hareem and Mufti have been trending on social media since last night and every one has a different opinion about the situation.

Here is what the twitterati reacted! 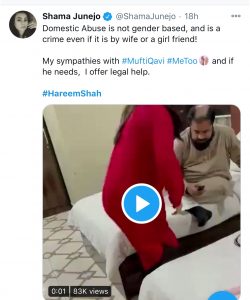 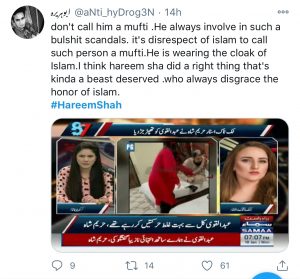 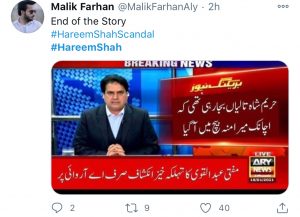 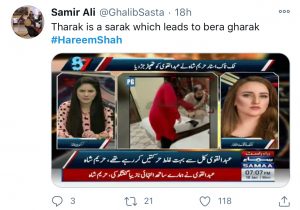 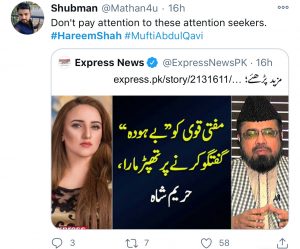 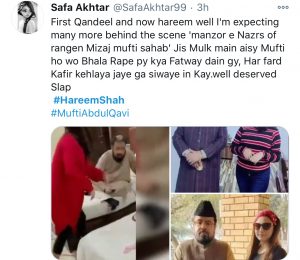 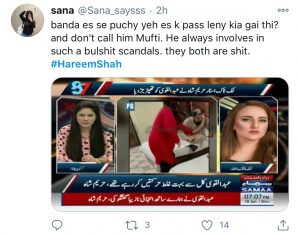 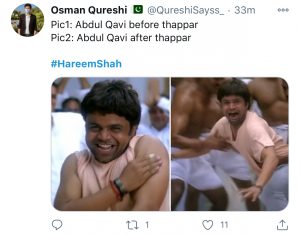 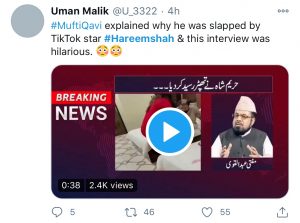 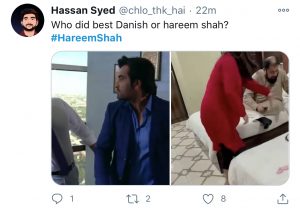 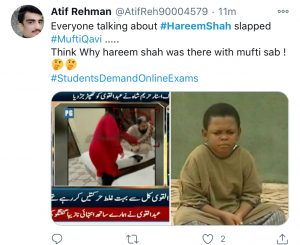 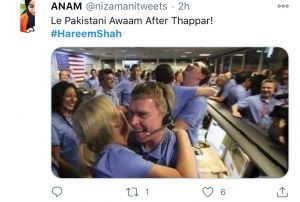 What is Hareem Shah doing with Mufti Qavi?!