People, top read
The star couple Hamza Ali Abbasi and Naimal Khawar has been in the spotlight since the duo announced that they are getting married. Their wedding cards which were somehow leaked on the internet took the social media by storm. View this post on Instagram Just in‼️‼️‼️‼️ #Rumor has it that Pakistani actor and political activist…
September 16, 2019 by Ifra Abbas
0 0 0 0 0

The star couple Hamza Ali Abbasi and Naimal Khawar has been in the spotlight since the duo announced that they are getting married. Their wedding cards which were somehow leaked on the internet took the social media by storm.

Just in‼️‼️‼️‼️ #Rumor has it that Pakistani actor and political activist #HamzaAliAbbasi is all set to tie the knot with visual artist #NaimalKhawarKhan the #Anaa drama fame girl on August 25th!!! We congratulate the stunning couple #weddingbells ( 📸 @realhamzaaliabbasi, @naimalkhawarkhan)

Hamza Ali Abbasi then took over social media to announce his wedding with Naimal by writing a long note about how he has changed himself for the sake and love of Allah. His note mentioned a word ‘platonic’ that welcomed tons of memes. Hamza, clearly mentioned that he and Naimal have been in a platonic friendship since two years yet they were not in a relationship and it was just from Allah that he guided him to follow the right path and choose, Naimal as his life partner.

#HamzaAliAbbasi shares a note with everyone expressing his love and how amazing his journey with #naimalkhawar has been and how thankful he is to Allah! We congratulate them and wish them all the very best for their future life! 💓💓 (📸: @realhamzaaliabbasi @naimalkhawarkhan )

#HamzaAliAbbasi clears out the rumour of being in love with #NaimalKhawar as he says that there is no love story, they just have been friends since two years. He further added that he was just guided by Allah and he just proposed #Naimal to which she said yes! 🌟🌟 (📸: Twitter/ Hamza Ali Abbasi @realhamzaaliabbasi )

Trolls and memes got so much hype that, Hamza had to write another note to explain ‘platonic friendship’ and then too fans were not convinced by his words.

#HamzaAliAbbasi took on social media to clarify his post about getting married to #NaimalKhawarKhan. He makes his word ‘platonic’ clear to everyone and tells how he realized the importance of finding love in a way where #Allah is pleased first and then your partner! Swipe right yo read Hamza’s message and let us know your thoughts on this 🤔 (📸: @realhamzaaliabbasi )

Soon after he got married and their wedding pictures and the couple became talk of the town. Fans and fellow celebrities showered them with tons of beautiful and heartfelt messages for their new journey together. The idea of keeping the wedding simple and intimate was praised all over the internet.

Recently, Naimal khawar just posted a picture on her Instagram account with her husband, Hamza with a caption, “Back when things were so platonic. Little did I know I was standing next to my future husband and the love of my life.”

The comment section was flooded with some funny memes yet some showed a lot of hatred too. Fans just are a bit upset that why did Hamza, come up and stated he was not in a relationship with Naimal while the picture clearly shows that the couple was together since long before getting married. Some even came up and brought Islam and its values in between as Hamza mentioned that he has started to live his life on the right path on which his first priority is to make Allah happy.

Here are some of the funny comments that we have picked up! 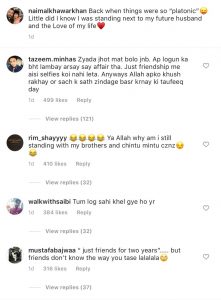 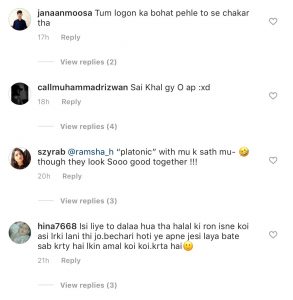 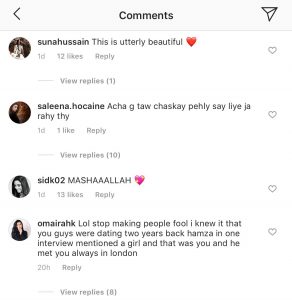 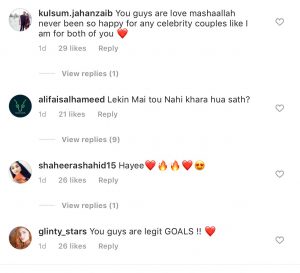 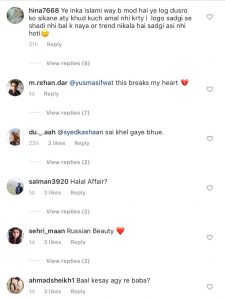 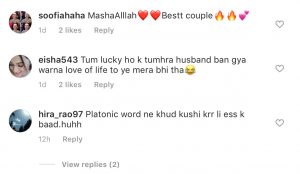 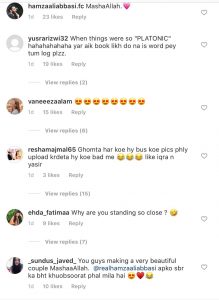 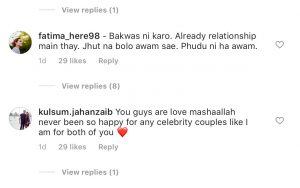 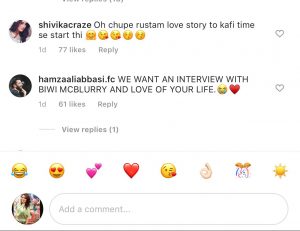 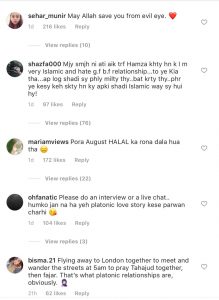 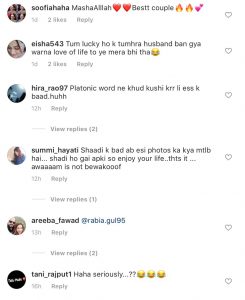 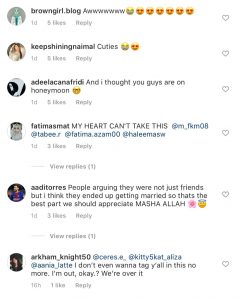 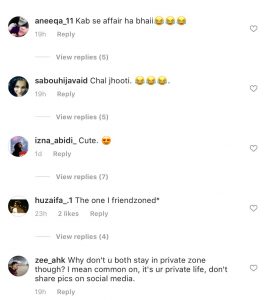 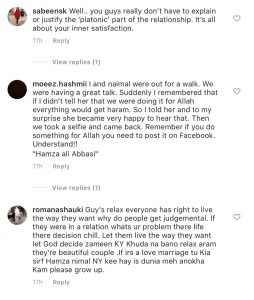 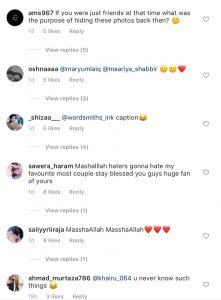 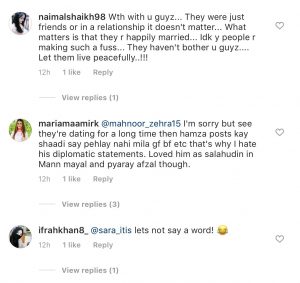 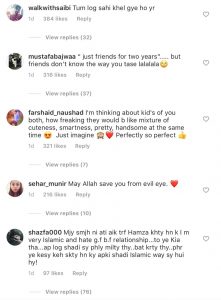 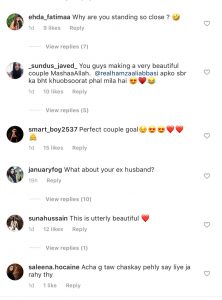 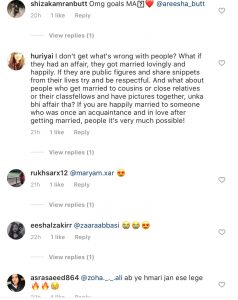 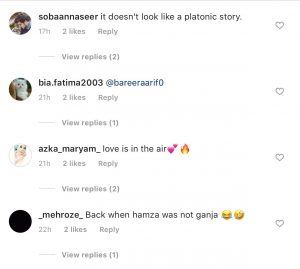 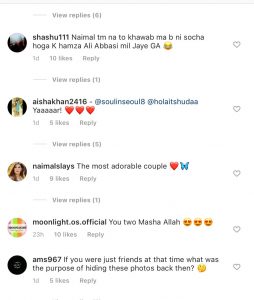