The much awaited episode of Eh-e-Wafa just got a bit intense and upsetting last night. As predicted from the last episode the gang SSG breaks up and three of them, Saad, Shah Zain and Sheharyar get expelled from the hostel except for Shariq, yet all were allowed to sit from the examinations from the College Board. The tension and the bitter experience they all had with Dua led a great amount of disappointment, anger, and grudge among all four. 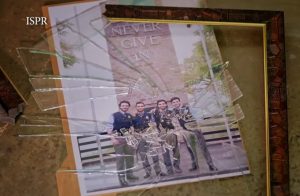 As three of them go back to their homes and start preparing for their exams, Usman Khalid Butt’s character has a drastic change in this episode. As he belonged to a family of feudal and landlords the same typical vibe was felt in his character. As the drama took a serious turn from the last episode another upsetting scene took the social media by storm Usman Khalid Butt’s horse which somehow lost the race among other horses, was brutally shot by him on the spot. The scene was so sensitive and heart-wrenching to see that it just disappointed the audience on a great level. 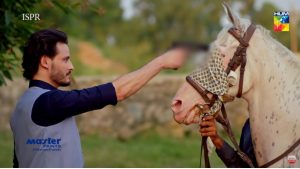 Here are some of the tweets on how people reacted to that particular scene:

Yes, go on raving about Peaky Blinders and how “shockingly brilliant” that scene is with the horse is shot dead. Then watch Pakistani TV& scream for an #EhdEWafa boycott for the fictional implied killing of a horse. You people have some hypocritical screws loose. #PakistaniDramas

Today's episode was full of joy and fun! #EhdEWafa was today 4/5
🔴🔴🔴🔴
Rani got no role in today's ep. 4
But, I loved it except when Shazain shot that Horse. This mustn't be shown. This scene was shit! 😣
Lucky Marwat guy was good too😂

@aClockworkObi @mangobaaz #EhdEWafa
How could you do a scene like this?
I'm still in shock that you shot that horse in anger, what impression are you giving to our already jahil awam?

Shahzain's grandfather is such a bad influence on him, he could have stopped him from shooting that horse but he didn't and the next episode promo is scary, shahzain na karo aisa#ehdewafa

Who ever wrote that Horse shooting scene is mentally retarded person and those who are approving such content to be on air should leave their big offices.
Pathetic.#EhdEWafa #HUMTV#ISPR #ispr_ehd_e_wafa

@aClockworkObi @mangobaaz #EhdEWafa
I really hope you see my tweet
In a world where animals are already suffering & organizations are trying to tell that animals are living being too.
To be continued…