The Bridal Couture Week has for years been the highlight of the winter-wedding season, spearheading all the bridal trends that are going to dictate the wedding season; the season awaited most by Pakistanis inside and outside of the country.

Not only does it bring prominent designers from across the nation to one ramp but also features celebrities as showstoppers adding to the aura of the whole event. Furthermore, many designers also had singers performing at the ramp, so the attendees had a mini concert of their own as well. Overall the event was a hit and an event of such caliber deserved a fitting finale and so it did.

Pioneer of Pakistan’s fashion sphere, the only couturier from Pakistan to have dressed Lady Diana, the reigning supreme as well as the forever legend-Rizwan Beyg delivered as he concluded the BCW with a solo show. 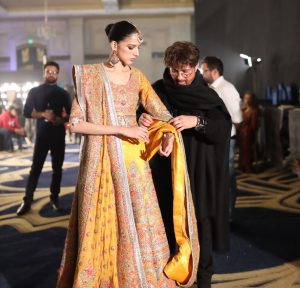 The majestic three day event came to a close with a solo show by the celebrated designer, leaving all jaws on the floor. Last year the veteran designer was the recipient of the prestigious Tamgah-i-Imtiaz  for his services for rural development and women empowerment under the Bunyaad initiative.

The solo finale show “Jashan- A celebration of the artisan” is an ode to the women in rural areas who continue to produce timeless pieces showcasing handcrafted magic under the guidance of the designer extraordinaire himself.

We are in awe of how Rizwan Beyg personally commits to each outfits journey from it being a sketch to an actual finished outfit on the ramp. His work speaks for himself and his eye for detail and emphasis on quality is screaming with each piece this collection has on display. 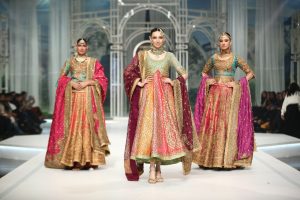 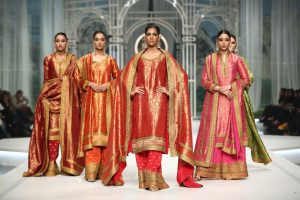 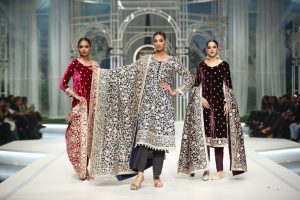 The solo show was a display of unparalleled craftsmanship employing various fabrics including luscious banarsi, rich velvet and glorious tissue. Not only was the choice of fabrics a class apart but the marriage of traditional fabrics with intricate gold embroidery elevated the outfits to another level of excellence.

Another major winning point is the ease of wearing and functionality of the outfits. The silhouettes on display were familiar enough to be worn by women of all ages and sizes but at the same time the craft was refined enough to give it a refreshing tone. 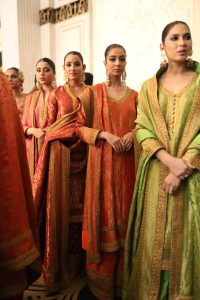 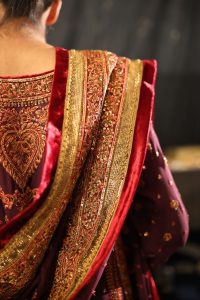 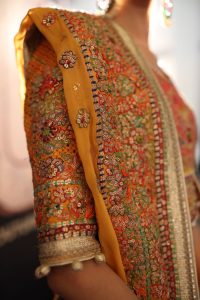 Seeing the models walk down the ramp clad in outfits fit for queens with true desi music in the background made us feel like we were a part of nothing short of a fairytale. We’re so glad we were able to witness the aura the designer weaved, while empowering women from the rural areas of Pakistan at the same time. The lineup of models included many recognized names including Mehreen Syed, Sarah Zulfiqar and Sana Javed as the showstopper. 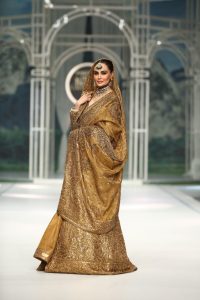 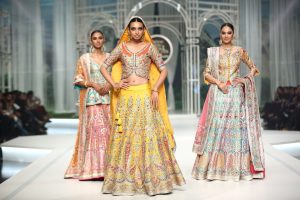 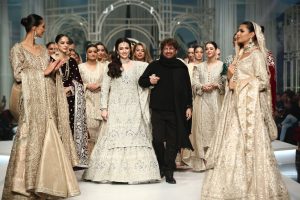 The designer has a massive clientele spread across the globe and continues to expand it’s presence with every passing year. With a flagship store in Karachi, the brand has also opened up a new store in the heart of Lahore attracting an even expansive audience.