His wife, Samra Raza Mir took to Instagram to make the announcement by posting a screenshot of the news on her Instagram story. 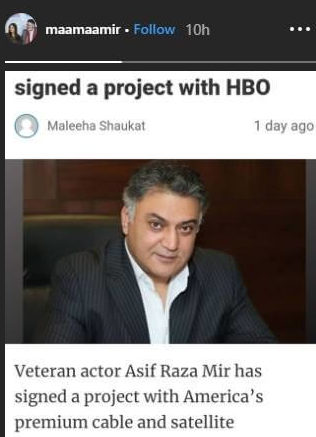 The release date of the series has not been revealed yet, but it is known to be aired on HBO’s Cinemax and Sky Atlantic.

How many of you are excited and looking forward to the the series? Let us know by dropping a comment on our Instagram page.