Style
What followed Hussain’s kamikaze of color were earthy tones of brown, deep velvety blues, strokes of ox blood and hints of gold during Nida Azwer’s collection , titled “anarkali”. Nida was inspired by the brilliant artisanship of the Mughal. The collection featured Mughal Miniature paintings and courtroom scenes printed on shawls and appliquéd on lehngas…
September 27, 2019 by Umair Sajid
0 0 0 0 0

Nida was inspired by the brilliant artisanship of the Mughal. The collection featured Mughal Miniature paintings and courtroom scenes printed on shawls and appliquéd on lehngas juxtaposed with embroidered horses , birds , camels and elephants.

In conversation with the creative director of print therapy ; Waqas told us about how he was inspired by the concept of Ishq.

He said “ishq is the purest manifestation of all human emotions, it is the peak, the ultimate high, the essence of our emotional core.
No wonder, poets blame ishq for the creation of this universe and for the destruction of it as well.
Our bridal 2019 campaign tittled “ISHQ” is a curated depiction of medieval india’s greatest Sufi poet and composer Hazrat Amir Khusro’s tryst with love. Khusro’s poetic compositions are rooted in theme of separation from the beloved, a metaphor for the God within. His verses bring out the intense mystical longings to merge in to this state of mind. His qawwali music touches that inner space in every listener, transporting him to another dimension beyond the outer world of duality.
His prodigious literary and musical experimentation is a unique effort at creating a universal Sufi language of love and mystical consciousness”

The collection with Potent colors and rich textures of velvet and silk aptly presented Nida’s vision of a winter bride. 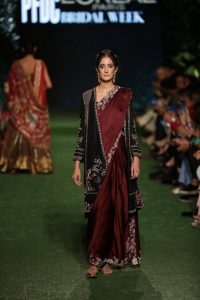 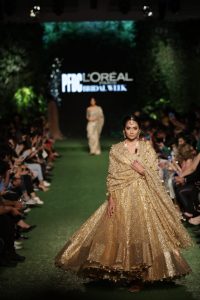 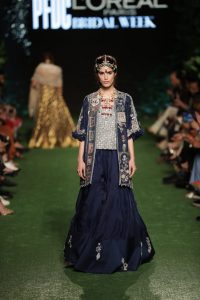 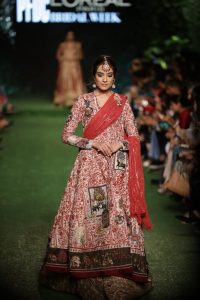 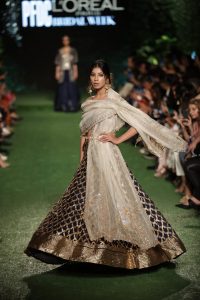 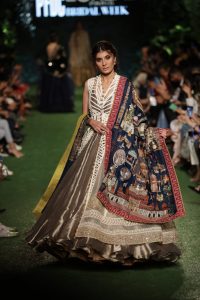 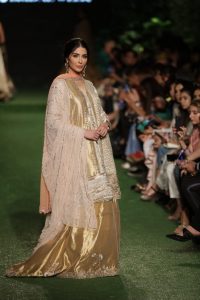