5 Novels that will enlighten your Sunday!

With the Monday looming over our heads, you might want to spend a productive Sunday to muster enough motivation to start the week. Here’s our list of literature that will put some perspective in our confusing and busy lives. 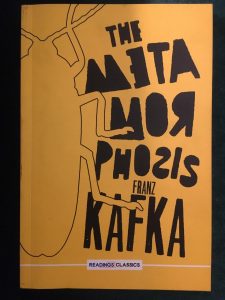 If you haven’t read Kafka before, this is the novel you should start with. Franz Kafka wasn’t only a writer but his contributions to English literature are a philosophy in it self. The kafkaesque writing style refers to the bizarre, nightmarish or illogical fictional world, exploring themes about incomprehensible socio-bureaucratic  powers, alienation existentialism and guilt. In this particular Novel Gregor works a menial Job and wakes up metamorphosed into a cockroach. You’d be surprised how much worse we have in common with a Cockroach and it will leave you in tears questioning the social convention we live in.

For whom the bell tolls by Earnest Hemingway 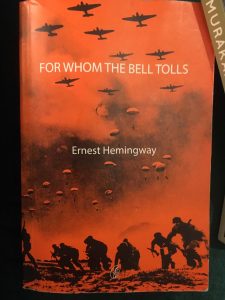 The noble prize winner, Ernest Hemingway doesn’t need an introduction, his early career in journalism and the time he served in both the world wars, gave him a very specific writing style. This novel is set during in the Spanish civi l war, where Robert Jordan meets Maria and is torn between his fate as a soldier and a lover. 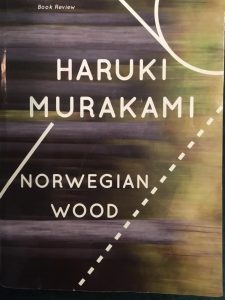 Murakami and his love for music makes an impeccable blend in literature. Norwegian wood, just like the Beatles’ song, taps into the irony of youth. The struggles of being young and discovering life first hand without a manual can be a terrifying journey everyone has to to follow through. It is before we even realise life brings responsibility and pain and we have to take up to the challenge of being an adult. This Novel talks about loss and mental health in the fleeting years of the 60’s in Tokyo.

Notes from under ground by Fydor Dostoevsky 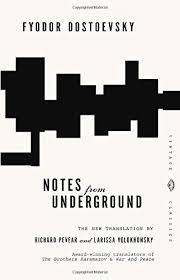 This novel talks about hyper-consciousness distinguishing the Underground Man from the rest of the world. Cursed with acute-awareness, he can’t act because consciousness causes him to believe that no action is truly justified. Themes such as Fate, Free will, consciousness and existence are explored with a hint of bitter humor by Dostoevsky. This novel is the shortest out of all, in just a 100 pages Fydor makes us question life as we know it.

The Unbearable lightness of being by Milan Kundera 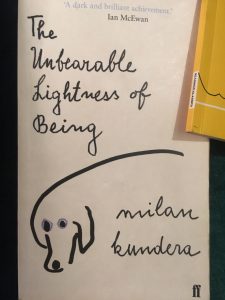 The story of irreconcilable love and infidelities this novel talks about existence through the analysis of human behaviour and thought processing. It has a wide range of philosophical speculations and emotion, Kundera makes us question our lives and attitudes adding perspective into our typical ways of seeing things.